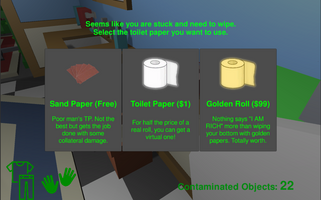 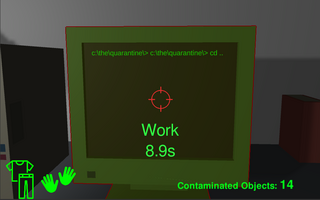 Over the weekend, I added some more features to my “germ simulator” game.

The physics are better now and there are more objects to interact with. In previous version when you held an object, it wouldn’t contaminated other objects. That is fixed now :) Carry contaminated objects with care!

The toilet has a few actions now. I’ll leave it to your curiosity to try it out.

And a bunch of other polishes and bug fixes.

I’m always looking for feedback and suggestions on what to add to the game next. Leave a comment and let me know what you think.

A 120% accurate simulator for spread of germs at home.